Beta Actin – What’s so special about it?

Out of all the thousands and thousands of known proteins that exist within the human genome, actin is the most abundant and unchanged filament protein found in almost every cell type.

It is a highly conserved molecule and is involved in more protein-protein interactions than any known protein!

Beta Actin is one of six Isomers of the actin protein. It is a major cytoskeletal filament protein found in eukaryotes, prokaryotes and fungi. Beta actin specifically plays a crucial role in other relating functions like; cell migration, involved in pathways at the blood-brain barrier, cell division, muscle contraction, cell mobility, secretion, phagocytosis and gene expression.

Making it quite the busy bee...ta protein.

Beta actin has a molecular weight of 42kD, because of its high abundance and universal expression across various cell types, beta actin is researchers go to protein when conducting experiments involving western blotting. During a western blot beta actin is used as, and is one of the most commonly used loading controls.

A loading control is used to provide a more reliable interpretation of western blot data, as proteins like beta actin are generally unaffected by experimental conditions.

Beta Actin can be used to normalize the levels of protein detected by acting as a control level, allocating it the all-important role of confirming that protein loading is the same across the gel. 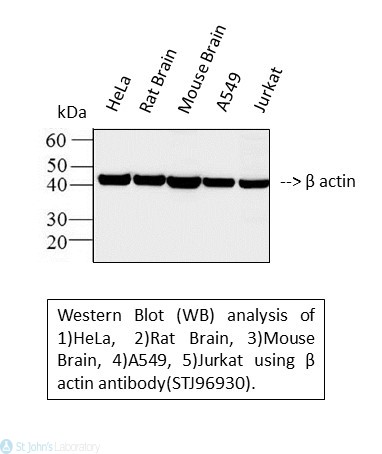 Researchers can take advantage of antibody binding not just in western blotting, but Beta Actin antibodies can be used to detect the presence of the protein in procedures such as: immunohistochemical analysis and immunofluorescence.

St John’s Laboratory has many different Beta Actin antibodies which have been used in various techniques.

Explore St John's Laboratory beta actin antibodies below. There is a wide range from mouse monoclonals to goat polyclonal antibodies, for a variety of applications and reactivities. 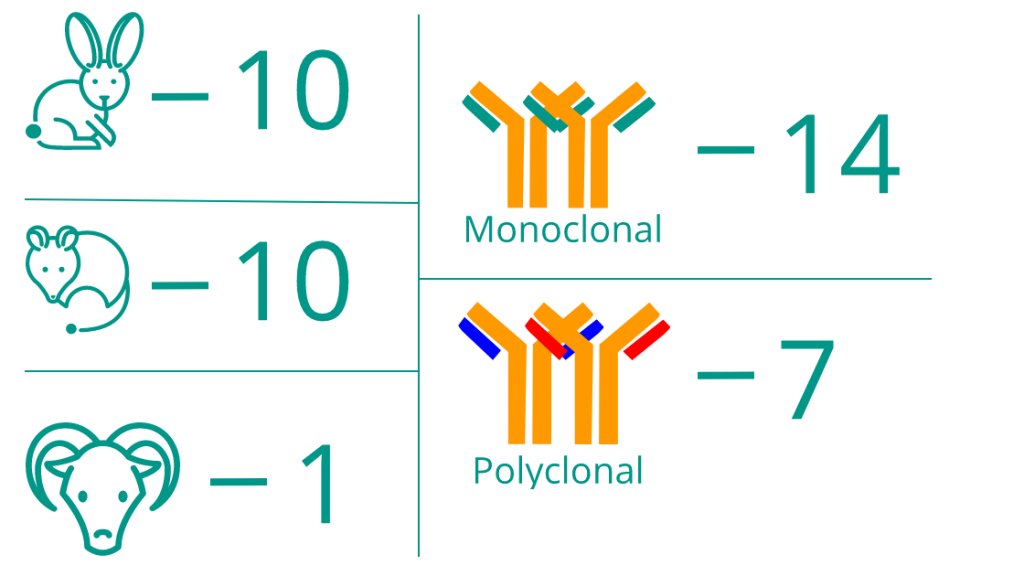